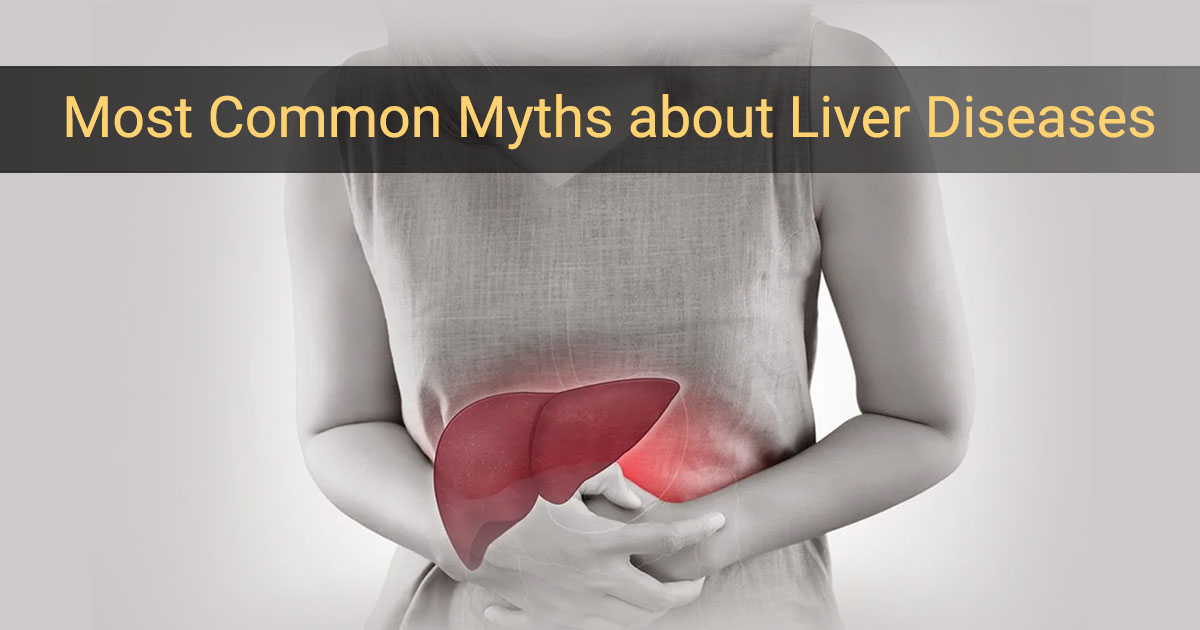 Liver disease is commonly regarded as a “silent” condition because its various types may not show any symptoms at all. Cirrhosis and cancer are the most dangerous effects of liver disease. Here’s a look at some of the most popular misconceptions about liver health

This is perhaps the most common misconception concerning liver illness. And it is simply not true. There are numerous varieties of liver disease, which are caused due to numerous reasons. One of them is alcohol. Autoimmune hepatitis occurs when your immune system becomes confused and attacks your liver. Drug-Induced Liver Injury is a rare adverse effect that some people experience after taking a doctor-prescribed medication. Non-alcohol-related fatty liver disease is becoming more common.

Some types of liver disease are caused by viruses. They are, however, much more difficult to contract than a cough or cold. You cannot contract viral hepatitis by being in close proximity to someone who has the virus, or by touching them or something they have touched.

It is spreadable with needles. Sharing needles for recreational drugs, for example. Healthcare workers can become infected by accident, and mothers can spread hepatitis to their babies around the time of birth. In addition, some persons get viral hepatitis as a result of medical operations such blood transfusions. Unfortunately, the stigma behind liver disease means that many patients do not receive the necessary tests or care, and are even treated as though they are contagious.

The liver has no role in the functioning of body

Your liver is incredible. It has over 500 jobs and can self-repair when damaged. But only so much can be tolerated. If the damage is severe or continues for an extended period of time, your liver will not be able to repair itself. When this happens, your liver can become scarred and rigid, finally failing to function. A liver is required for survival. If your liver fails, your only choice is a liver transplant.

Yellow skin and aches are symptoms of liver disease

Major types of liver disease frequently have no symptoms at all. Because the liver is known to not show any visible symptoms, hepatitis A, B, and C, also known as cirrhosis, are usually identified 20 to 30 years later. What appear to be aches and pains in the liver are mainly digestive symptoms induced by a high-fat diet or rich meals.

Medications have no effect on the liver

All medications have the potential to be harmful to the liver. Elderly people who are undergoing multiple treatments are especially vulnerable to drug-induced hepatitis. Health supplements are also harmful for liver. When ingested in large quantities or not handled correctly, these can also damage the liver.

An increasingly unhealthy lifestyle has contributed to India becoming the world capital of liver disorders. According to the WHO, it is the tenth leading cause of risk of death in India. One of the most common causes is liver cirrhosis, which affects over 10 lakh new cases each year. When liver problems are detected early, they can be treated. Regular visits to a Liver Specialist can assist with the diagnosis of any problems that may arise.