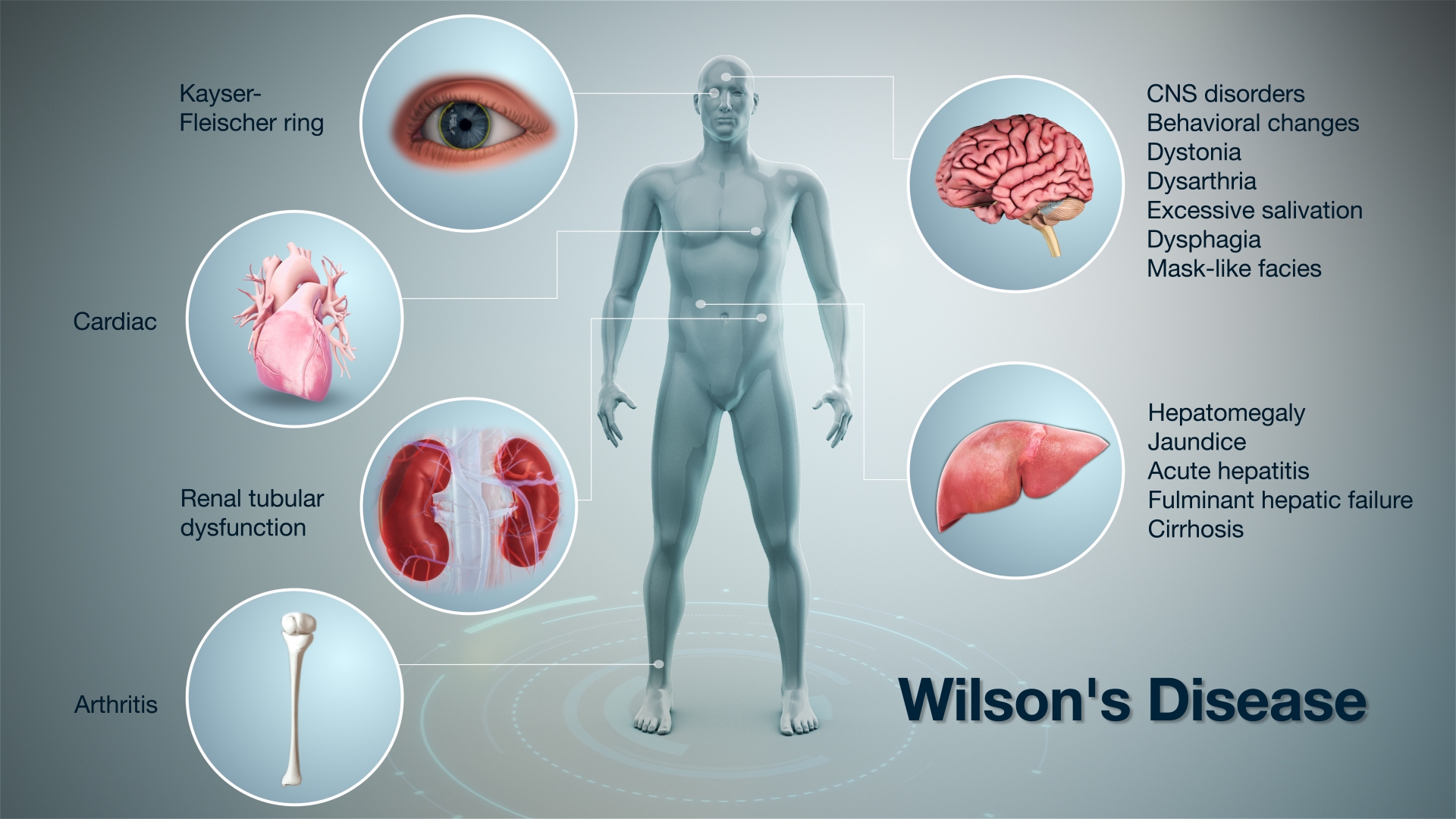 Wilson’s Disease – All you need to know

Wilson’s disease is a rare genetic syndrome in which the liver, brain, and other vital organs accumulate copper. Wilson’s syndrome is most common in children between the ages of five and thirty-five. Continue reading to learn more.

Wilson’s disease is a rare genetic condition in which copper builds up in the liver, brain, and other essential organs. Wilson’s disease most often occurs between the ages of 5 and 35. However, it can also affect younger and older adults.

There are people in Mumbai who suffer from the disease mainly due to their genetic issues. A patient with Wilson’s disease can lead a quality life by availing of proper treatment from a liver transplant surgeon in Mumbai.

Copper is essential for developing healthy nerves, muscles, collagen, and the skin’s pigment melanin. Generally, our body absorbs copper from the food we eat and exerts the excess through bile secretion.

What are the symptoms of Wilson’s disease?

Wilson’s disease occurs by birth, but symptoms do not occur until copper levels in the brain, liver, or other organs have increased. The signs and symptoms of the disease differ based on the affected body parts. They may contain the following:

If a person experiences any of the mentioned symptoms, he or she should avail liver transplant after having a consultation.

How does Wilson’s disease happen?

Wilson’s disease is hereditary. It is an autosomal recessive disorder, which means the patient must inherit one problematic gene from each parent. The person won’t get sick if you get one rare gene, but you will be a vector and pass the gene on to your offspring.

The cases of Wilson’s disease in India are increasing and many liver surgeons observe patients complaining about this condition. More and more awareness needs to be made so that early diagnosis is possible for Wilson’s patients.

How does a liver transplant doctor diagnose Wilson’s disease?

Wilson’s disease is challenging to diagnose, and its signs and symptoms are also difficult to distinguish from those of other liver disorders, like hepatitis. The diagnoses are based on the symptoms and tests. These include:

Now let us see the treatment for Wilson’s disease

The doctor may prescribe proper medications to bind copper and then release them into the bloodstream. Finally, they will be released through your urine. After that, the treatment stops the copper formation. The doctor may also suggest a liver transplant if there is serious damage to the liver.

If a patient has Wilson’s disease, they will have to take drugs for the rest of your life. The medications include the following:

Note: Below drugs can be taken only on the prescription of a qualified doctor. Self-diagnosis can land a patient in trouble.

Are there any home treatments/remedies available for Wilson’s disease?

If a person has Wilson’s disease, the doctor would typically encourage limiting the copper intake from a regular diet. Even the person should avoid copper-containing multivitamins.

Avoid food items like mushrooms, chocolate, shellfish, liver, or any other copper-rich food. Further diet control can be prescribed only after proper diagnosis of the patient

1. How long can you live with Wilson disease?

Life expectancy without treatment is expected to be 40 years, although patients who receive quick and effective treatment may live a normal lifespan.

Wilson disease has no known treatment. Copper-chelating drugs, which help your body’s organs and tissues get rid of excess copper, are one type of treatment that may be required for the rest of your life.

3. Who is most likely to get Wilson’s disease?

Wilson disease is more common in people under the age of 40. By the age of four, children begin to display symptoms. The organs that are impacted, stop functioning normally. Eastern Europeans, Sicilians and southern Italians are the most affected, but it can affect anyone.